In collaboration with Screen/Society, the Franklin Humanities Institute is happy to announce an international film series on Antigone as part of its World Arts series. The films selected are not strict adaptations, but each takes up the themes of political violence and contested burials in ways that resonate with the ancient tragedy.

This neo-Western film tells the story of Melquiades Estrada, a fictional undocumented immigrant working in Texas who is killed by Border Patrol agent, Norton. To conceal his crime, Norton illegally buries Melquiades in an unmarked grave in the desert, but the body keeps coming back to haunt the state with its unaddressed injustices. Like the body of Polyneices, in Sophocles' ancient tragedy, Antigone, Melquiades receives not one but three burials, as the political interests of the local sheriff, Belmont, enter into conflict with the promise that Pete Perkins, Melquiades' best friend, makes to him. Perkins promises Melquiades to bury him in his hometown of Jiménez, in the event of his death in Texas. Like Antigone's subversive burial of Polyneices, Perkins' forces other violences to appear, risking the crossing of more than one border in its path.

END_OF_DOCUMENT_TOKEN_TO_BE_REPLACED 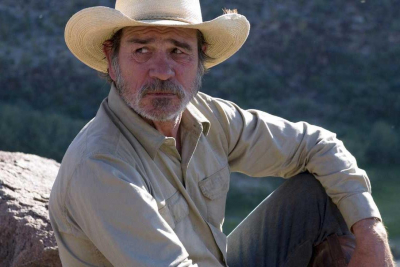