Léa Seydoux brilliantly holds the center of Bruno Dumont's unexpected, unsettling new film, which starts out as a satire of the contemporary news media before steadily spiraling out into something richer and darker. Seydoux stars as France de Meurs, a seemingly unflappable superstar TV journalist whose career, homelife, and psychological stability are shaken after she carelessly drives into a young delivery man on a busy Paris street. This accident triggers a series of self-reckonings, as well as a strange romance that proves impossible to shake. Tragicomic and deliciously ambivalent, "France" is a very 21st-century treatment of the difficulty of maintaining identity in a corrosive culture.

"The best star vehicle Léa Seydoux has had thus far, ... France cuts straight to the bone." - In Review Online

Center for French and Francophone Studies

END_OF_DOCUMENT_TOKEN_TO_BE_REPLACED 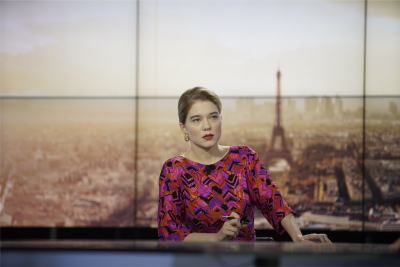