Cinemas may have gone dark in 2020, but these seven new films are deserving of some love.
Now screening at the Screen/Society Virtual Cinema.

On the eve of the 2016 U.S. presidential election, and on its final night before closing, a Las Vegas dive bar becomes a stage where its employees and barflies commiserate one last time. Filmmaking brothers Bill and Turner Ross train their keenly observed quasi-fiction on the lived-in atmosphere of a haunt, whose massed warmth and love conceal its patron’s worries—at least for a little while. Bloody Nose, Empty Pockets is a carefully constructed yet oddly affecting record of an American sensibility at once straining to survive and ready for the end.

"Any semantic and epistemological questions raised…are overridden by the sheer inventive joy of watching something that feels so unpredictable and alive." - Mark Olsen, Los Angeles Times 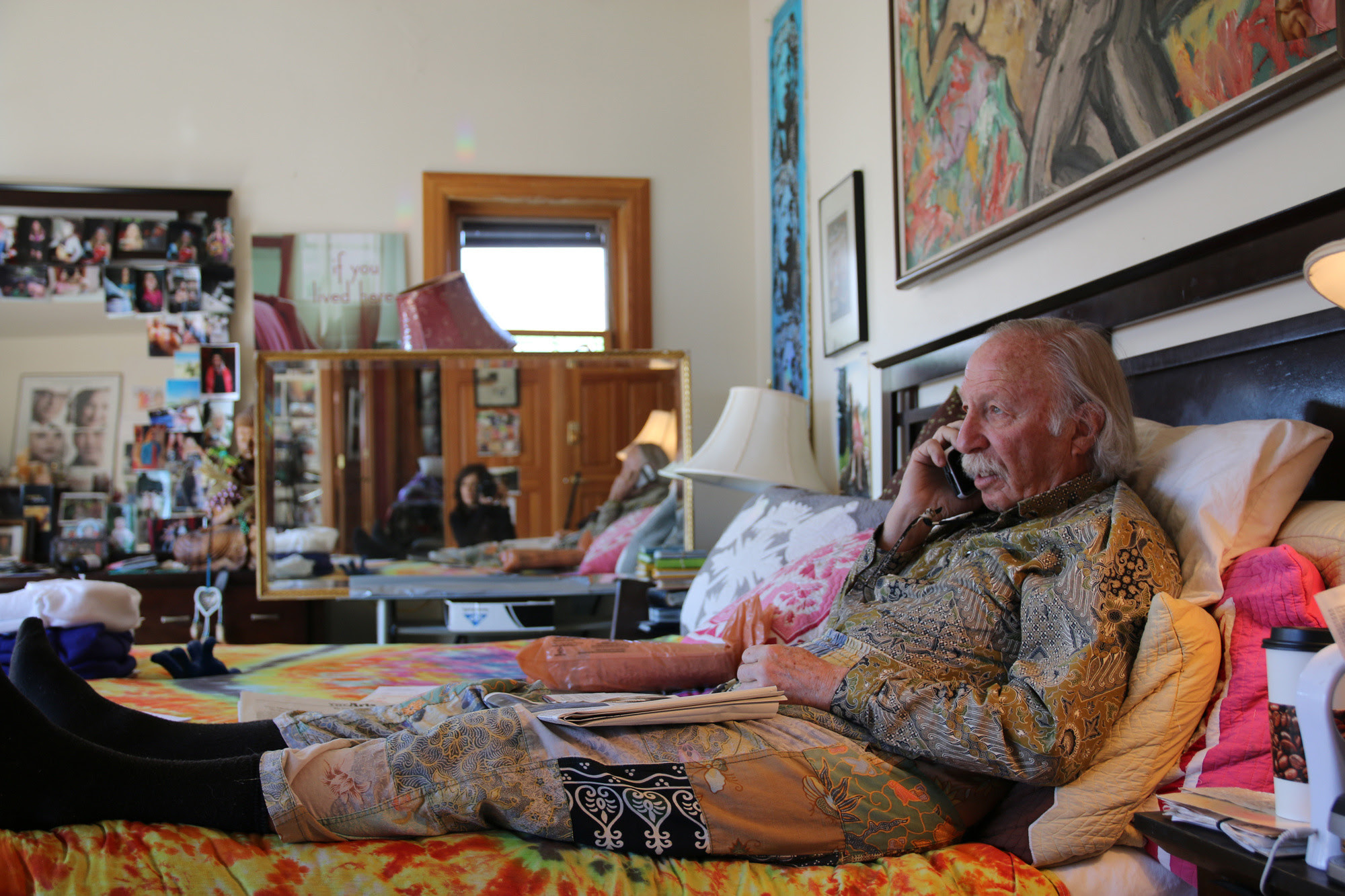 Over a period of 35 years between 1984 and 2019, filmmaker Lynne Sachs shot 8 and 16mm film, videotape and digital images of her father, Ira Sachs Sr., a bon vivant and pioneering businessman from Park City, Utah. Film About a Father Who is her attempt to understand the web that connects a child to her parent and a sister to her siblings. With this meditation on fatherhood and masculinity, Sachs allows herself and her audience to see beneath the surface of the skin, beyond the projected reality. As the startling facts mount, she discovers more about her father than she had ever hoped to reveal.

"Formidable in its candor and ambition... one chapter in a continuing stream of work by an experimental, highly personal filmmaker." - Jonathan Romney, Screen Daily 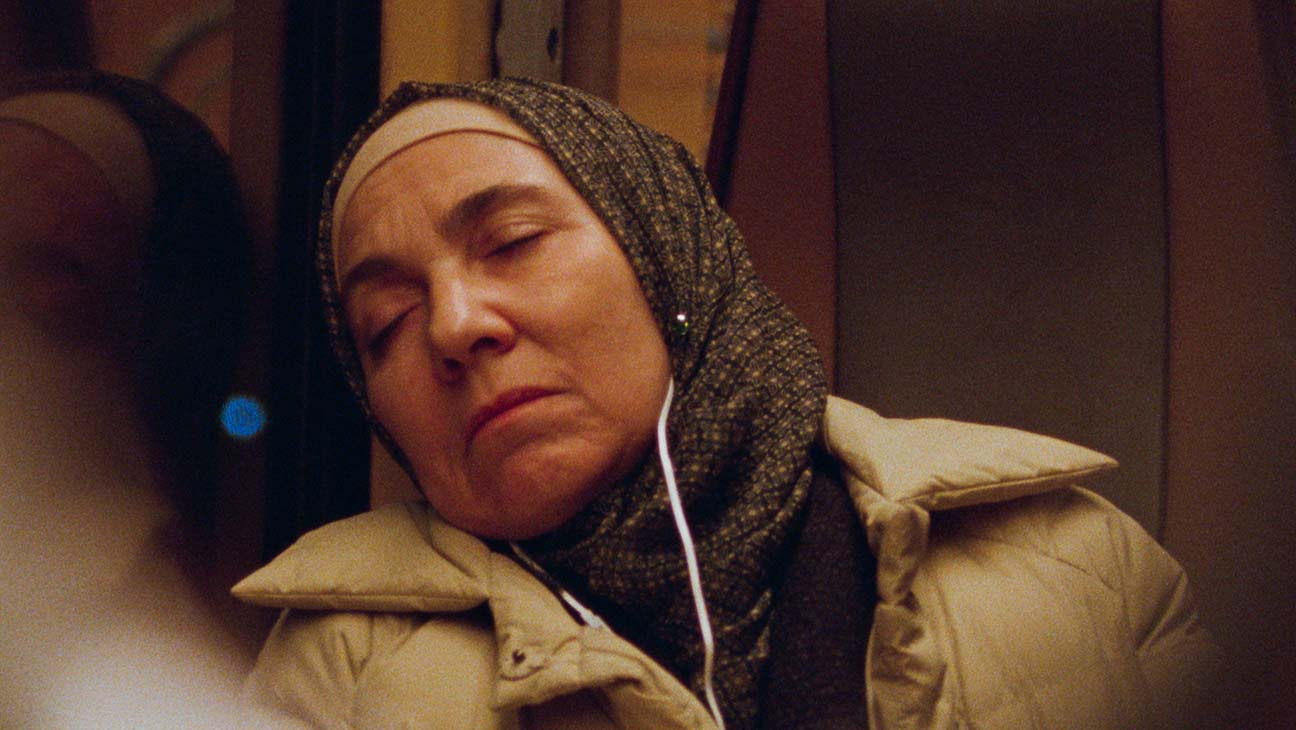 Khadija (Saadia Bentaïeb) is a fifty-eight-year-old Maghrebi cleaning woman living in Brussels in the wake of the 2016 bombings that shook the city. After work one night, she falls asleep on the last subway train, wakes up at the end of the line and has no choice but to make her way home—all the way across the city—on foot. Along the way, she has a series of encounters: with a security guard, a convenience store clerk, a group of teenagers. She asks for help and she gives it and slowly, steadily makes her way.

Director Bas Devos’ lightness of touch combines with the richness of Grimm Vanderkerckhove’s 16mm images to create a small wonder of humanistic storytelling. Ghost Tropic is a testament to the everyday drama of immigrant life and insists on the possibility of goodness and beauty, even in the dark of night.

"A compressed epic… This poetic Belgian feature manages to say a good deal about life, death, and the state of the globalized world." - Ben Sachs, Chicago Reader 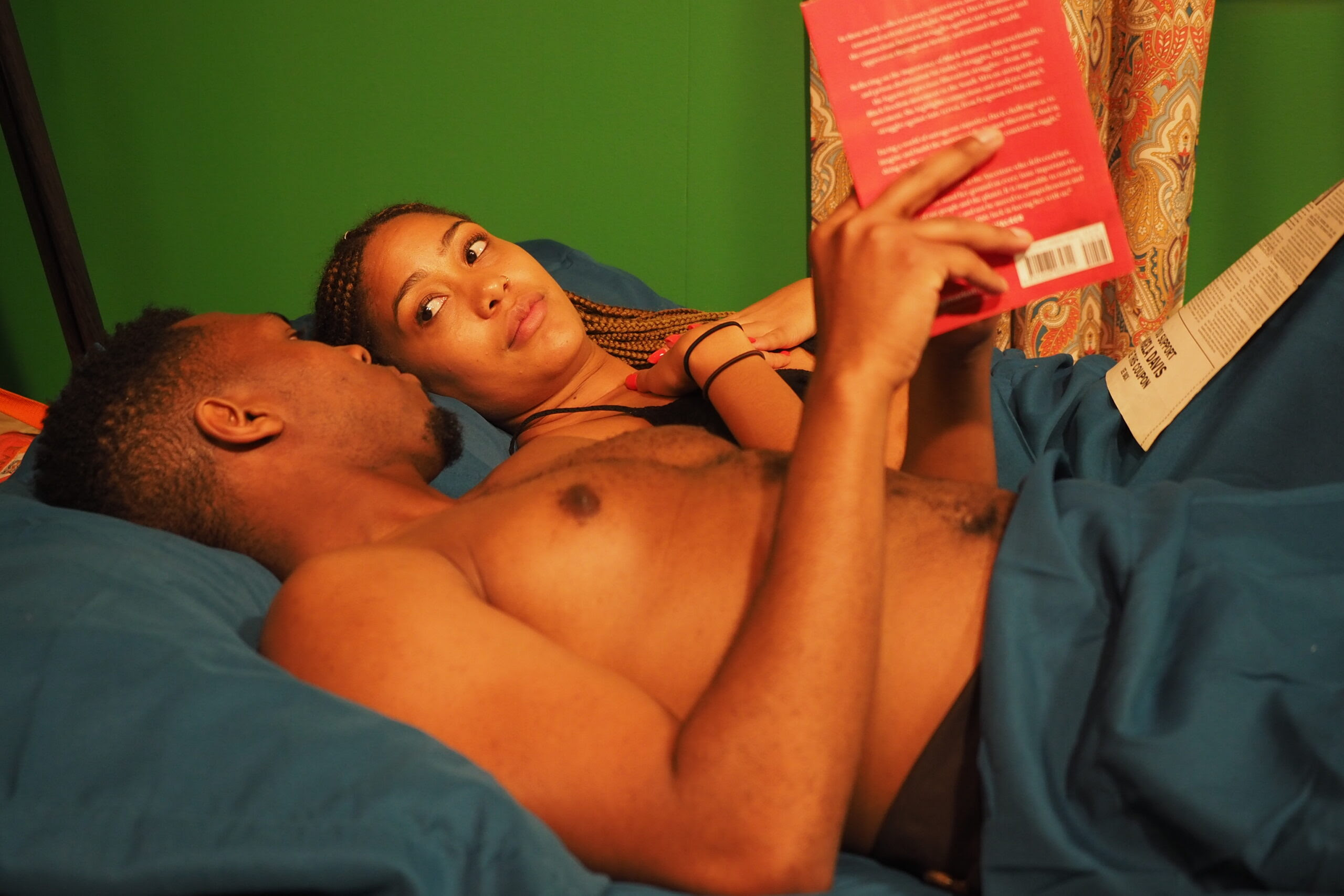 After nearly a decade exploring different facets of the African diaspora — and his own place within it — Ephraim Asili makes his feature-length debut with The Inheritance, an astonishing ensemble work set almost entirely within a West Philadelphia house where a community of young, Black artists and activists form a collective. A scripted drama of characters attempting to work towards political consensus — based partly on Asili’s own experiences in a Black liberationist group — weaves with a documentary recollection of the Philadelphia liberation group MOVE, the victim of a notorious police bombing in 1985. Ceaselessly finding commonalities between politics, humor, and philosophy, with Black authors and radicals at its edges, The Inheritance is a remarkable film about the world as we know it.

“A joyous celebration of Blackness. The Inheritance is alive, drunk off the colors and textures of West Philadelphia.” - Ryan Lattanzio, Indiewire

“One of the best movies of the year. An excellent debut. Observed with warmth and playful humor, without ever losing sight of serious political purposes and the potential for poetry therein.” - Kieron Corliss, Sight & Sound 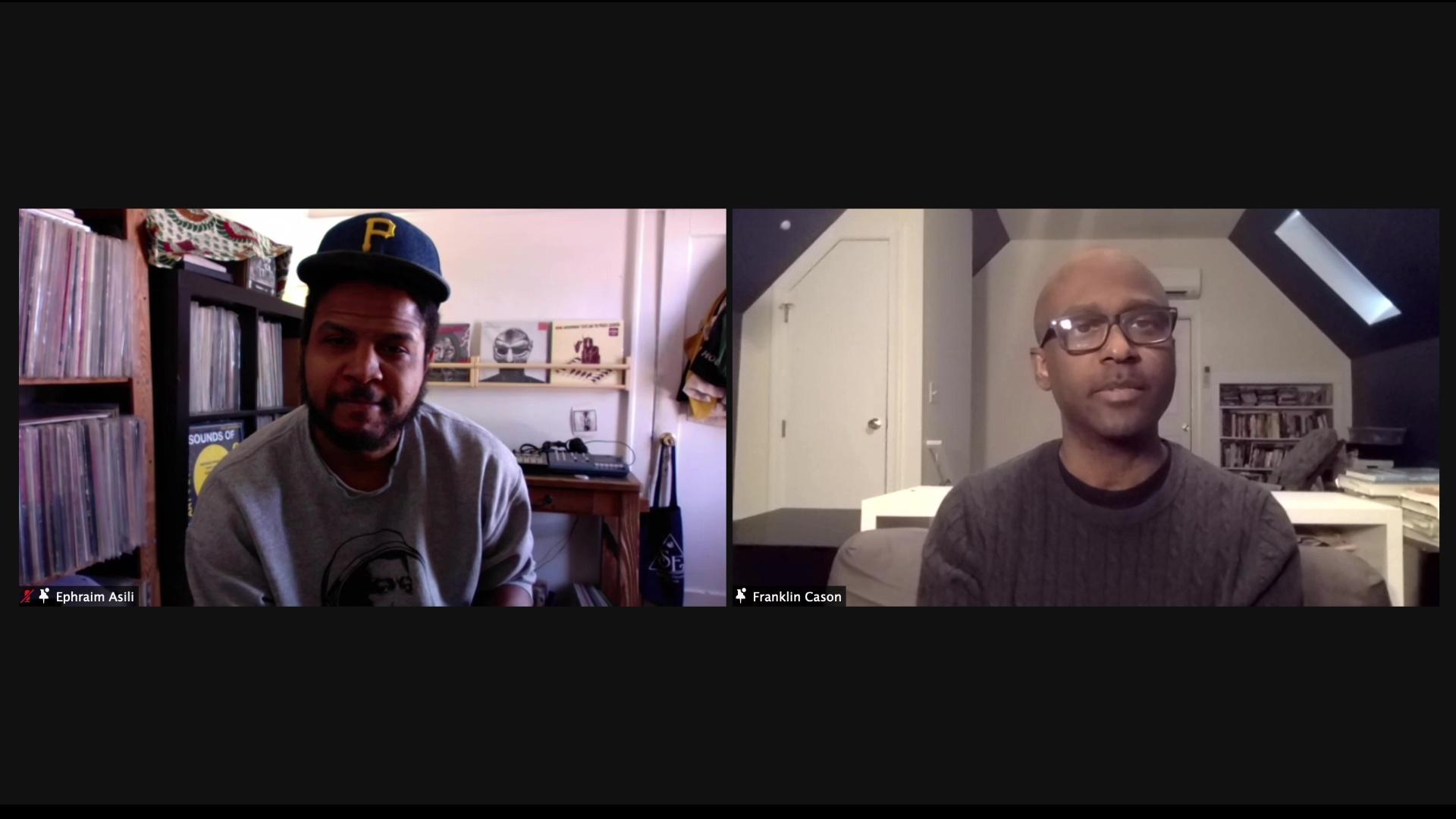 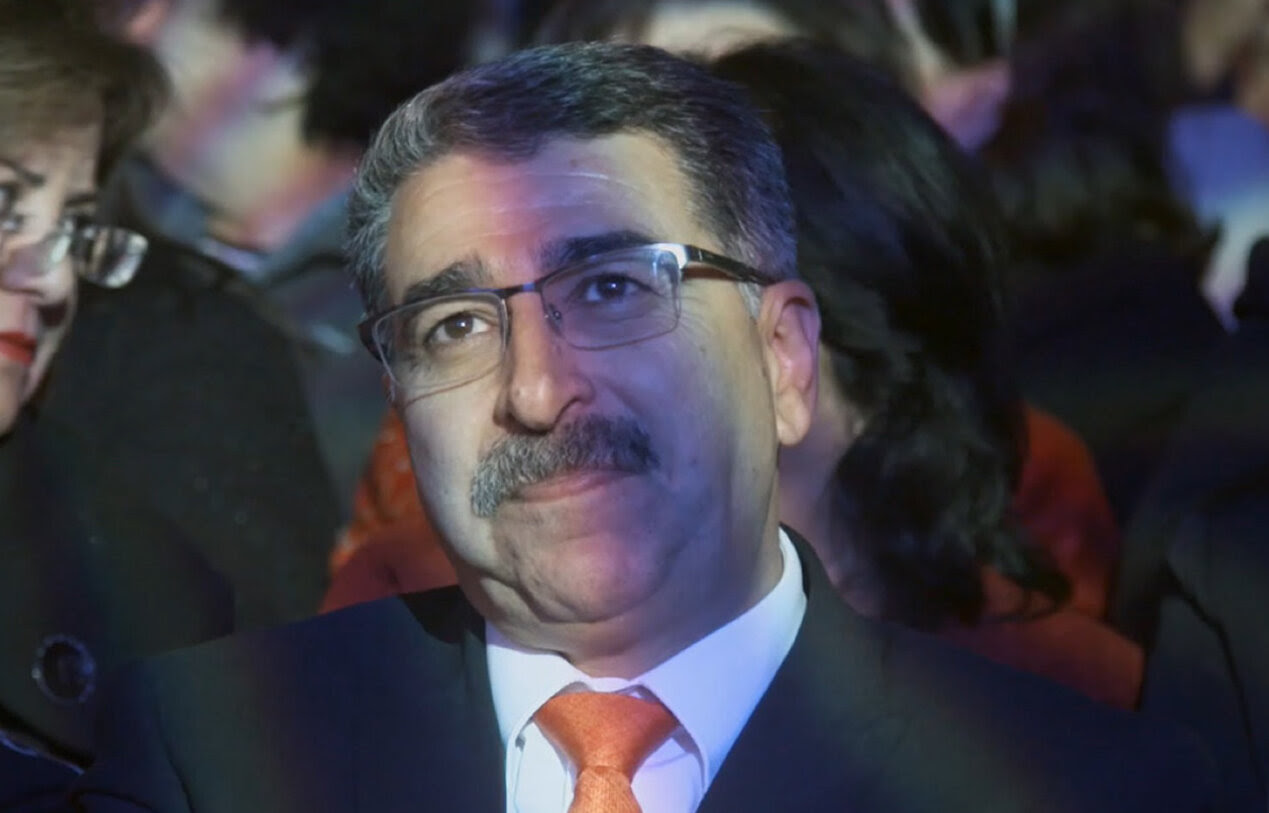 Mayor is a real-life political saga following Musa Hadid, the Christian mayor of Ramallah, during his second term in office. His immediate goals: repave the sidewalks, attract more tourism, and plan the city's Christmas celebrations. His ultimate mission: to end the occupation of Palestine. Rich with detailed observation and a surprising amount of humor, Mayor offers a portrait of dignity amidst the madness and absurdity of endless occupation while posing a question: how do you run a city when you don't have a country?

"The best new film about the Israeli-Palestinian conflict is a dark comedy about Ramallah’s Mayor... [that] offers a striking new perspective on that struggle, with a personal on-the-ground quality matched by grand tonal ambitions that makes it the best of its subgenre." - Eric Kohn, Indiewire 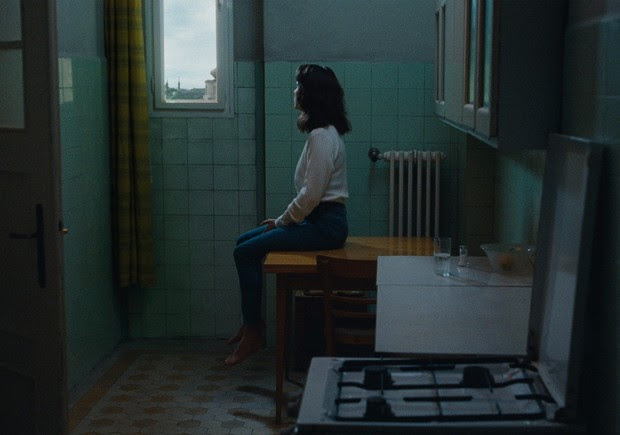 After 20 years in the United States, a Hungarian neurosurgeon returns to Budapest for a romantic rendezvous with a fellow doctor she met at a conference.  When the love of her life is nowhere to be seen, she tracks him down only to have the bewildered man claim the two have never met.

“Horvat’s subversive portrait of obsession flips the femme fatale trope on its head by taking the enigmatic woman’s point of view. A noirish psychodrama simmering with ambiguities, the film cleverly toys with our perception by loosening our heroine’s grip on reality.” - Beatrice Loayza, New York Times 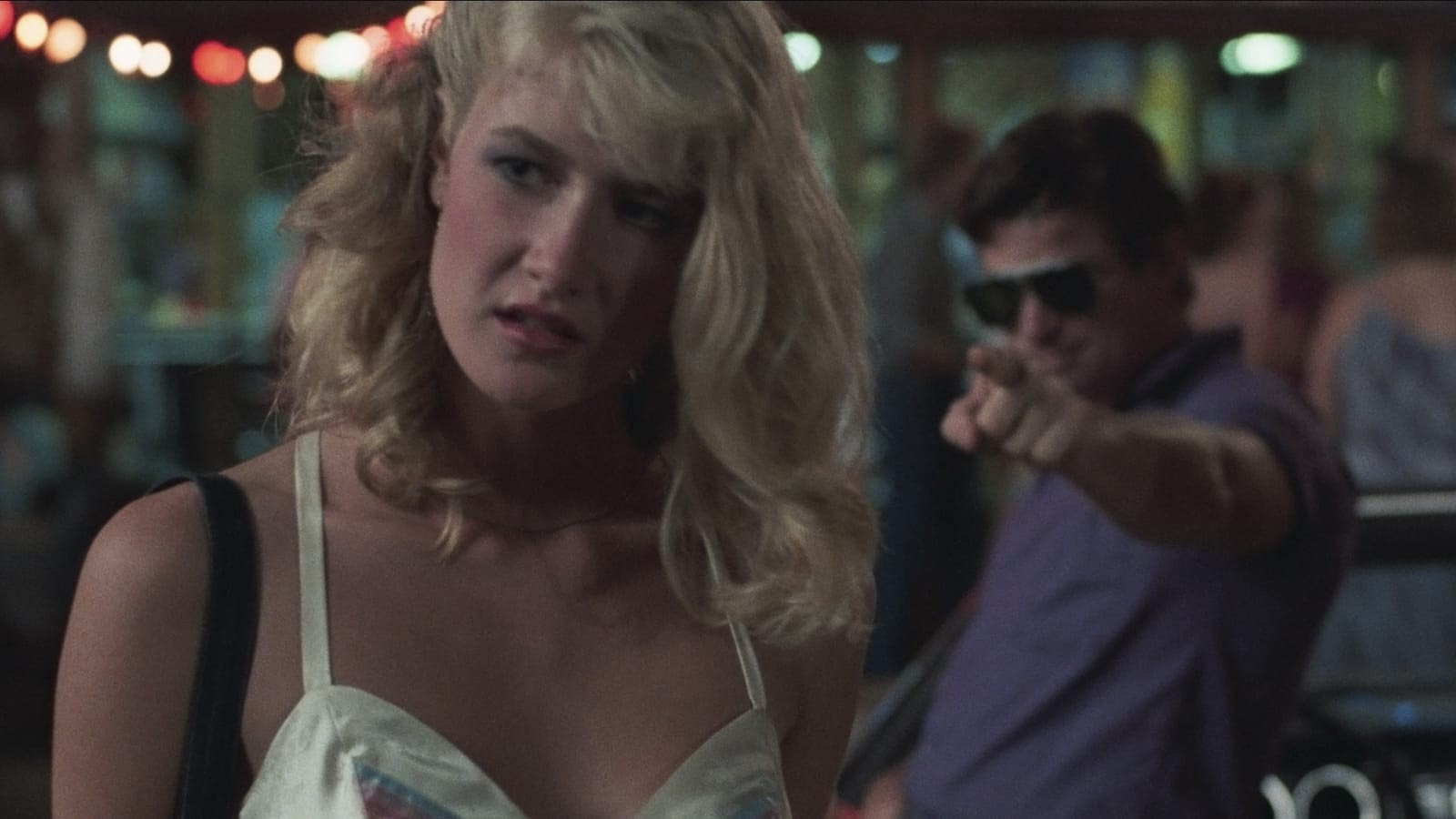 Suspended between carefree youth and the harsh realities of the adult world, a teenage girl experiences an unsettling awakening in this haunting vision of innocence lost. Based on Joyce Carol Oates’ celebrated short story “Where Are You Going, Where Have You Been?” and produced for PBS’ American Playhouse, the narrative debut from director Joyce Chopra features a revelatory breakout performance from Laura Dern as Connie, the fifteen-year-old black sheep of her family whose summertime idyll of beach trips, mall hangouts, and innocent flirtations is shattered by an encounter with a mysterious stranger (a memorably menacing Treat Williams). Winner of the Grand Jury Prize at Sundance, Smooth Talk captures the thrill and terror of adolescent sexual exploration as it transforms the ingredients of a standard coming of age portrait into something altogether more troubling and profound. New 4K restoration undertaken by the Criterion Collection and released by Janus Films.

“The film's power is enormous throughout; spare means (long-held closeups, a four-minute take of sisterly confessions) evoke a drama that seems to have been filmed holding its breath.” - Richard Brody, New Yorker 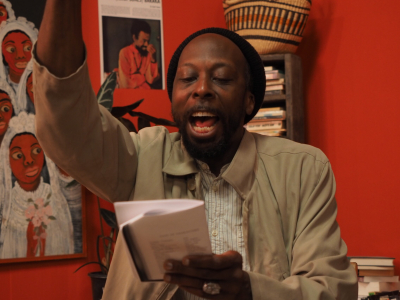