Supported by a grant from FACE Foundation, with assistance from the Cultural Services of the French Embassy, Duke's Center for French & Francophone Studies (CFFS) and Screen/Society present the 2021 Tournées Film Festival, which reflects the diversity and the richness of French cinema through various genres—fiction, documentary, animation and repertory films—allowing audiences to experience French cinema through a wider lens.

In order to keep this program free of charge, please note that we have a limited number of tickets available, on a first come, first served basis.
Tickets are required for each film. After unlocking a film by claiming a ticket, you'll have up to 10 days to start watching it. Once you start watching a film, you'll have 24 hours to finish  it. 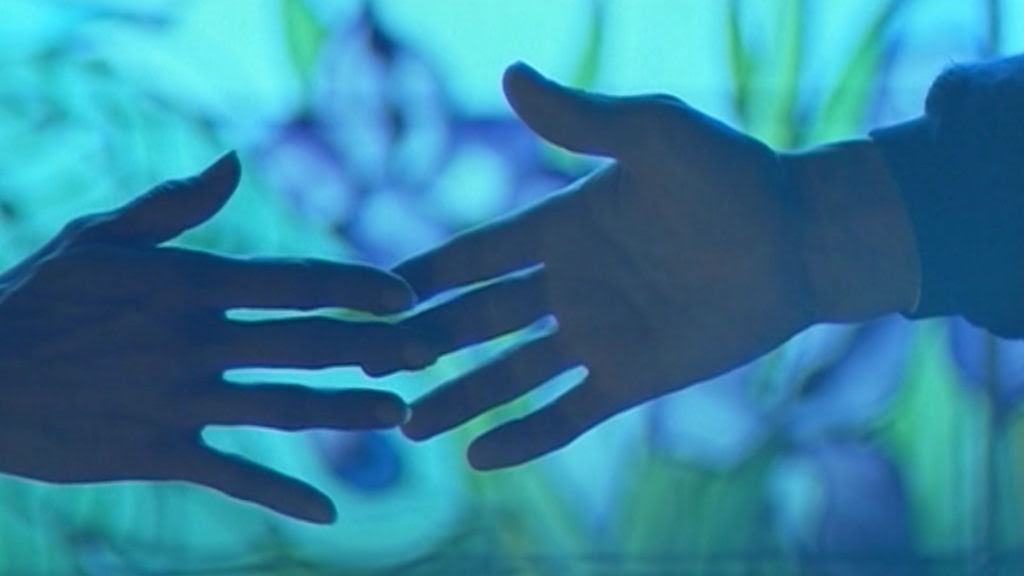 Frank Beauvais’s intimate essay film assembles excerpts from the 400-plus films the French director watched over a four-month period of seclusion in 2016. On the soundtrack, Beauvais speaks of the breakup that led to his retreat, the estranged father with whom he bonded over cinema just before his death, and the symptoms of our current cultural climate that make pressing on an act of resistance. Beauvais’s montage—composed of both international classics and obscurities—alights upon small but specific details, reframing otherwise incidental images into an indelible and immensely moving reflection on life, love, and loss.

“This is a brisk, stimulating movie which concludes (correctly) that compulsive cinephilia is a rewarding parasite at the best of times.” - Filmmaker Magazine 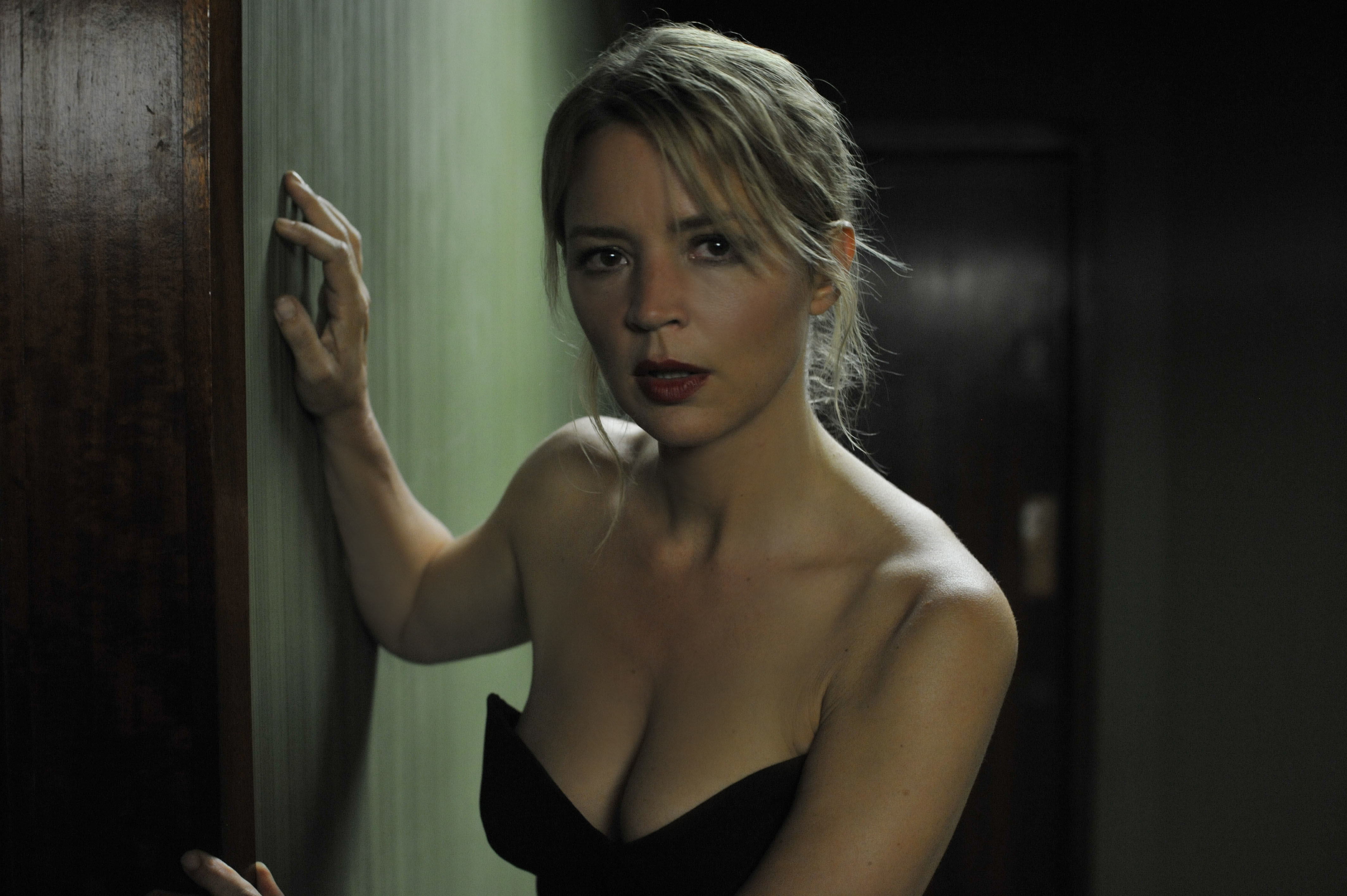 A sly, sultry character study from filmmaker Justine Triet, Sibyl follows a psychotherapist (Virginie Efira) who decides to quit her practice and return to writing instead. As Sibyl starts dropping patients, she begins to struggle with excess time and a lack of inspiration–until she gets a call from Margot (Adèle Exarchopoulos), a young actress wrapped up in a dramatic affair with her costar, Igor (Gaspard Ulliel), who happens to be married to the film’s director (Sandra Hüller). Becoming further enmeshed in Margot’s life, Sibyl starts to blur past and present, fiction with reality, and the personal with the professional as she begins to use Margot’s life as source material for her novel.

“An elegant and clever portrait of a creative crisis.” - Eric Kohn, Indiewire 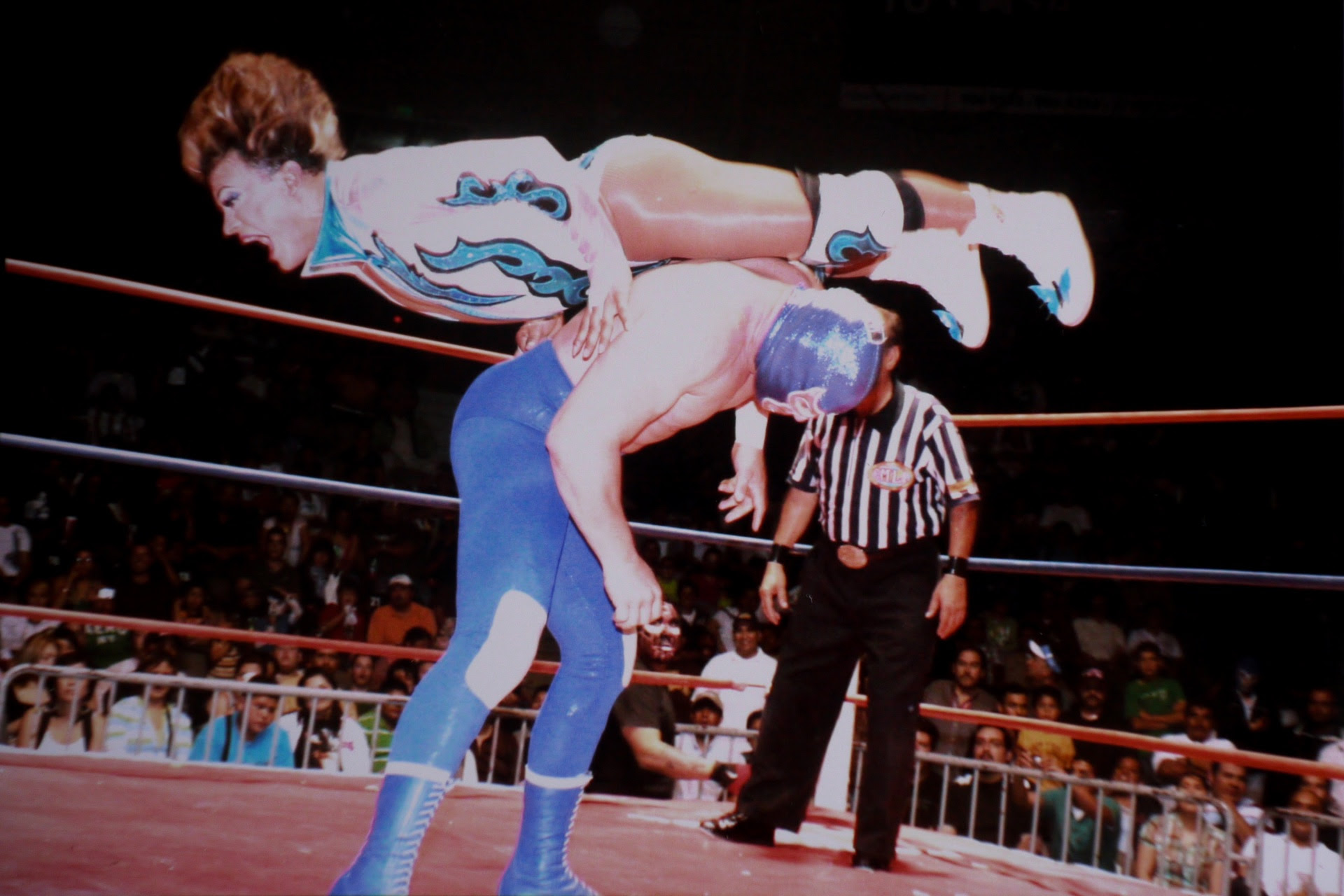 This stirring feature portrait of lucha libre star Cassandro in his waning years in the ring is less a swan song than a meteor shower rendered in Technicolor. Famed as much for his flamboyant drag and sky-high pompadour as for his show-stopping kicks and flips, Cassandro’s trailblazing ascent as one the industry’s first openly gay wrestlers has resonated internationally for a quarter century. Marie Losier captures the moving, at times humorous, and always colorful dualities of this legendary figure with her talent for forging intimacy with a subject while celebrating his individuality broadly. Cassandro, a prize-winning fighter who reinvented a staunchly macho sport, exudes resilience of all kinds—from the physical power to leave his opponents KOed to an ability to revisit past trauma and cope with the scars of a body pushed to its limits. Cassandro’s story—of an underdog and a queer icon, simultaneously fragile and mighty—is ever more evocative as it unfolds on both sides of the Mexican-American border. Losier’s signature 16mm filming melds tender encounters and larger-than-life fight scenes into a stylish whole that reflects the vivid textures and hues of a dazzling life in sport.

"The camera loves Cassandro, the title character of Marie Losier’s intimate and playful documentary portrait of the lucha libre wrestling champion, and he loves it back—not least because it lets him give voice to his real-life melodrama of struggle and success. Losier shows his astounding leaps and tumbles, and he shows the scars that resulted. Filming in the first person, she revels in Cassandro’s offstage charisma and in his acrobatic artistry while also revealing the authentic violence of the sport’s blatant artifice." - Richard Brody, The New Yorker 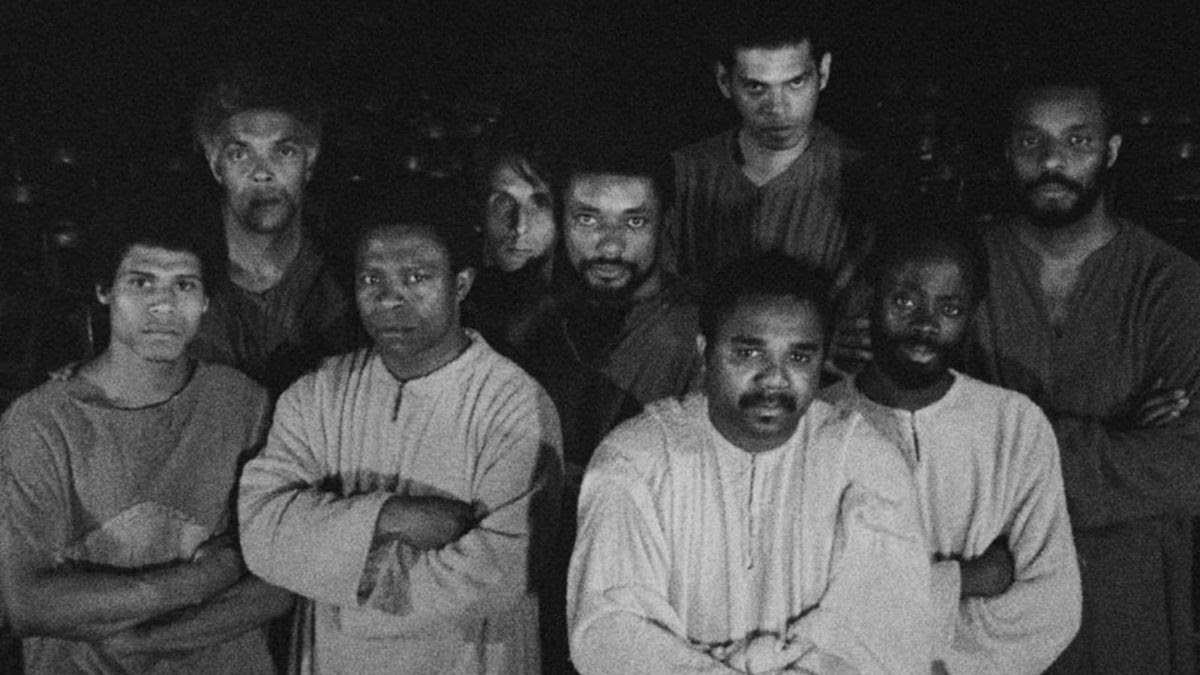 A furious howl of resistance against racist oppression, the debut from Mauritanian director Med Hondo is a bitterly funny, stylistically explosive attack on Western capitalism and the legacy of colonialism. Laced with deadly irony and righteous anger, Soleil Ô follows a starry-eyed immigrant (Robert Liensol) as he leaves West Africa and journeys to Paris in search of a job and cultural enrichment—but soon discovers a hostile society in which his very presence elicits fear and resentment. Drawing on the freewheeling stylistic experimentation of the French New Wave, Hondo deploys a dizzying array of narrative and stylistic techniques—animation, docudrama, dream sequences, musical numbers, folklore, slapstick comedy, agitprop—to create a revolutionary landmark of political cinema and a shattering vision of awakening black consciousness.

“Soleil Ô resembles a manifesto, scrappily shot across four years and suffused with a political indignation that, despite the film’s historical specificity, still feels urgent today. And, thankfully, the beautiful digital restoration neither excessively sands down the film’s low-budget edges nor otherwise slickens a work that sticks in the craw just as intended.” - Film Comment 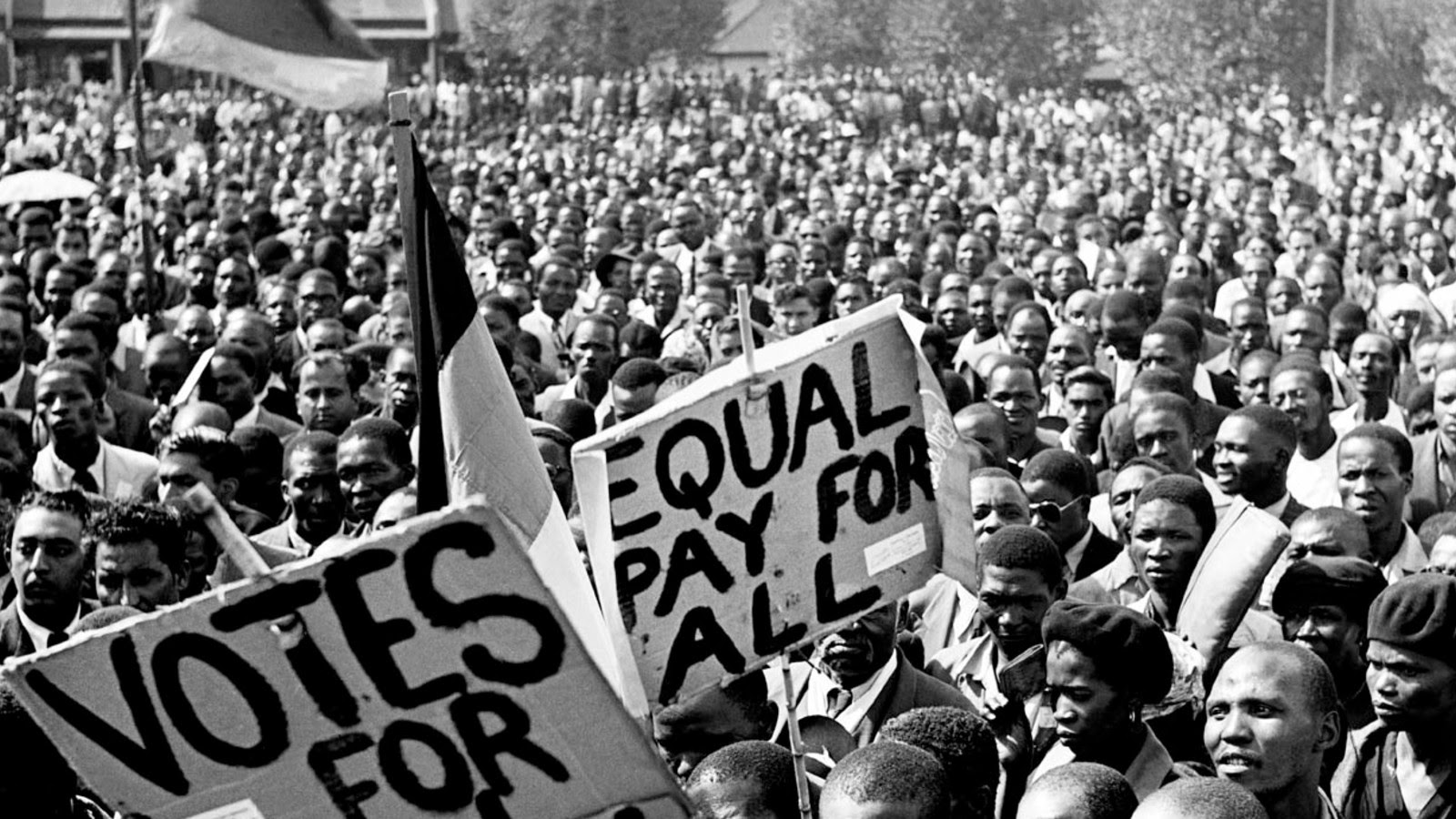 -- Presented in collaboration with the Just Space conference (March 15 - March 19, 2021 at Duke University)

In the historic Rivonia Trial of 1963 and 1964, Nelson Mandela took center stage. Yet, there were eight others who, like him, faced the death sentence for daring to challenge South Africa’s apartheid regime. Unreleased and recently recovered archival recordings are brought to life via beautiful hand-drawn animation that transports us back in time into the intensity of the courtroom proceedings. United, they stood firm and set in motion a series of events that inspired future generations. Now, contemporary interviews with the surviving defendants family members, including Winnie Madikizela-Mandela, as they listen to the audio files some 50 years later further bring the past into the blazingly relevant present. (It was one of the last projects in which Winnie Mandela would participate before her passing.) 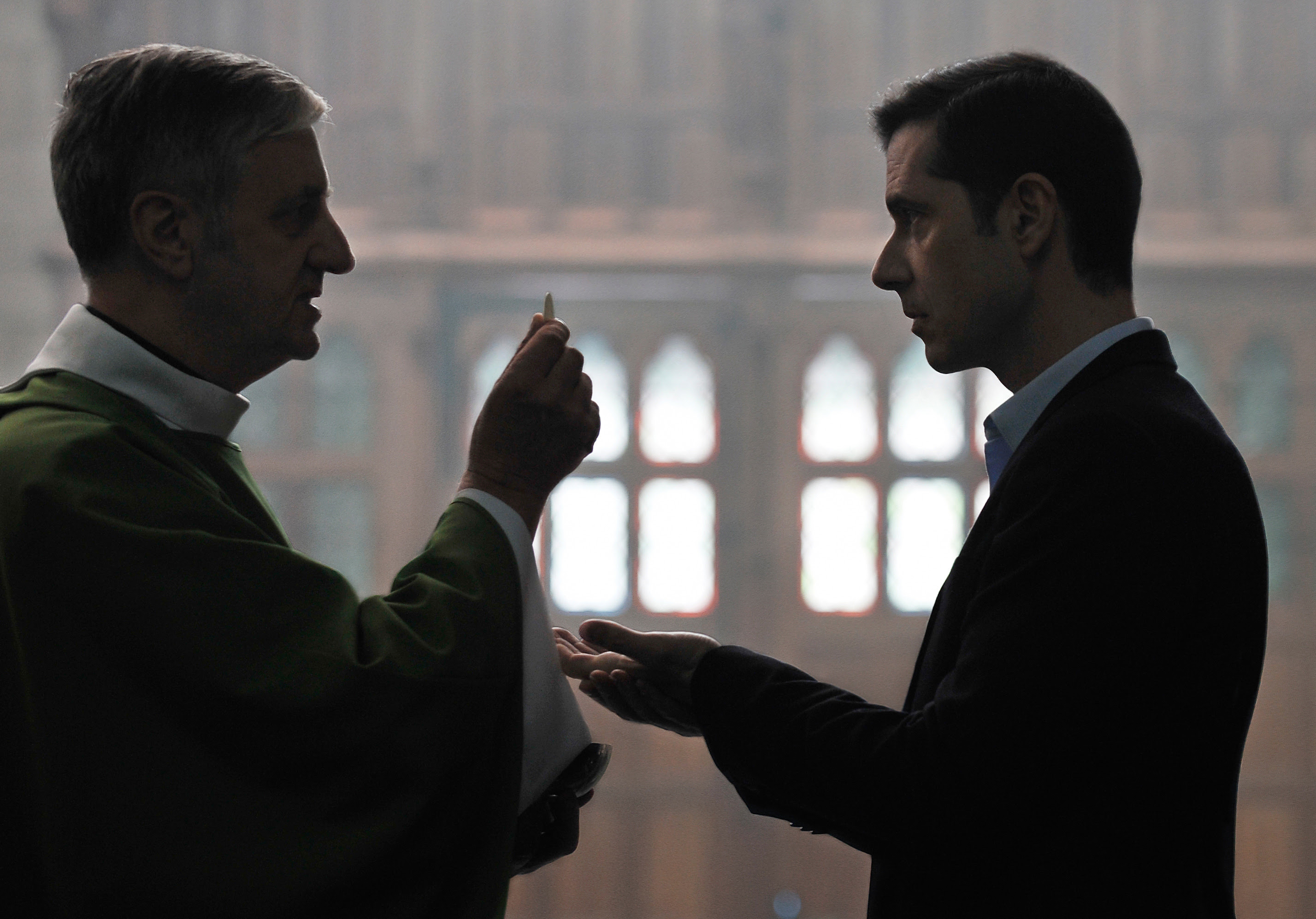 By the Grace of God tells the story of three adult men—Alexandre (Melvil Poupaud), François (Denis Ménochet), and Emmanuel (Swann Arlaud)—who band together to expose the code of silence that continues to enable a priest who abused them as boys. Their experiences powerfully illustrate the varying effects that the trauma of abuse causes on individuals and their families for years. The true story upon which the film is based is an ongoing scandal in France, with Philippe Barbarin, Cardinal of Lyon, convicted in March 2019 for concealing the conduct of Father Preynat.